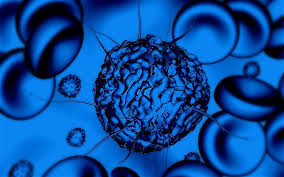 In Brevard County, Florida.  That’s the caption on one of Dr. Jasen Kobobel’s flyers promoting his practice, stem cell therapy, and PRP (Platelet-rich Plasma).  Last night I decided to attend a small seminar being held by Dr. Kobobel, at one of his facilities.  After entering the facility, I get on an elevator with an older man who is severely crippled.  The man asks me the purpose of my attendance, and I tell him I’m there on behalf of my daughter.  My curiosity piqued, I ask him for his reasons, and I learn he has MS (multiple sclerosis).  Watching this man struggle to get a plate of hors d’ouevres and to his seat filled me with pity for him, yet I was inspired by him at the same time.  This man clearly is in it for the fight.

Once inside the meeting room, I meet Dr. Kobobel.  Suffice it to say, Dr. Kobobel is an extremely intelligent man, and with a good amount of charisma.  At least, that was my impression of him.  After everyone is settled, Dr. Kobobel launches into his presentation.  The ramifications of stem cell therapy and PRP, I learn, are astounding.  The United States is fifteen years behind Europe in stem cell research because of the hang-over effect from the moral outrage over stem cell research via fetal tissue.  But now we’re lagging in research due to ignorance, because fetal tissue is no longer needed.  You can now get stem cells from your own fat tissue.  One supremely stupid example of the laws regulating stem cells in the U.S.:  you can obtain stem cells from your body, store it cryogenically (deep-freezing), but you cannot inject your own cells back into your body.  You have to go out of the country if you want to do that.  However, don’t freeze it, you can do what you want with it, as long as you don’t amplify it.  Then I wonder if stem cell patients are robbing Peter to pay Paul.  But, obviously, to explain all this in a single blog post isn’t practical.

Anyway, I learned stem cells, in conjunction with PRP, can bring about near-miraculous healing in people with severe knee pain.  Five years later these same people report their knees continue to function normally.  I learned people with Type I diabetes are able to go off of their insulin shots, and still reported normal pancreas function two years later.

Dr. Kobobel tells a story of one of his patients who is severely crippled, another man with MS.  Bound to a motorized wheelchair, only able to get around by using the fingers on one hand to operate the joystick of his wheelchair.  This man was beginning to lose control of his sole remaining, functional limb (and not very, at that).  His body had developed pressure sores, and he was struggling for breath as his disease began affecting his diaphragm.  Dr. Kobobel tells the man not to expect too much, but the man insists on treatment, worried only about losing his mobility via his hand.  After receiving stem cell therapy, the man’s hand was restored to function and he was able to breath normally again.  His pressure sores, which his family had to clean EVERY day were healed.  The family apparently elevated the doctor to hero status, rightfully so.

Someone in the audience asked about the costs.  Dr. Kobobel explains that since stem cell therapy in the U.S. is still considered experimental, insurers won’t cover it.  So the costs are all out-of-pocket, and amount to $5,000 per treatment area.

I asked about stem cell therapy for autism.  Dr. Kobobel tells me that stem cell therapy is becoming THE standard of care for children with autism in Europe.  Young children, that is.  I ask about thirteen year-old children, which is how old Gracie is now.  Dr. Kobobel, unfortunately, did not hold out much hope for me in Gracie’s case.  If there was a window of opportunity, we may have missed it.

Will I finally pursue stem cell therapy for Gracie now?  I’m leaning strongly towards no.  After dropping $900 dollars on GcMAF injections, thousands of dollars on various other medicines and supplements, and seeing no tangible improvement in Gracie’s cognitive function, I cannot justify spending thousands more on something that might help.

Father of Gracie, who is autistic, and her sister Gabrielle (who is a typical). Sharing our stories in Gracieland.
View all posts by graciesautism →
This entry was posted in Issues and tagged 501(c)(3) charity for stem cell therapy, autism, Dr. Jasen Kobobel, Dr. Kobobel, knee pain, MS, multiple sclerosis, platelet-rich plasma, PRP, stem cell laws, Type I diabetes. Bookmark the permalink.